Naples gave up the game with Juventus on the grounds of quarantine. There is still a wrestling between Italian football and different political factions behind it. The two sides now pushed to the surface are the Italian Football Association and the local health department in Campania. Naples’ request to postpone the match was strongly rejected by the Serie A league. The reason for the latter was that the situation in Naples did not meet the requirements of the "Prevention Draft". The self-isolation in the draft does not necessarily refer to home isolation. It is to ensure safety and avoid contact with other people. Under the circumstances, the close contacts of the positive patient are in compliance with the regulations to travel to and from the stadium, the station and the training ground, while Naples stayed directly in Campania yesterday and did not leave for Turin at all, which did not comply with the regulations. The Naples side has always stated that it was the local health department that prevented them from leaving. The Italian national media ANSA later disclosed the official document issued by the Naples Health Bureau to the club. There was no clear statement that it was forbidden to allow Naples to travel to Turin. . However, the team asked the Campania District Government again, and the response was: “Close contacts need to stay at home and they will not be able to travel within 14 days.” So yesterday, some of the Naples players and staff had already arrived at the airport or were on their way. , But in the end all returned to their residences. The crux of the question now is whether it is the "Pandemic Prevention Draft" drawn up by the Italian Football Association that has the final say, or is the epidemic prevention directive in Campania more effective? However, the health department of Campania issued instructions to Naples, based on the various bills and instructions announced by the Italian Ministry of Health during the epidemic. To a certain extent, it also represents the attitude of the Italian government. This will be the basis for Naples. A direction to strive for. It should also be noted that not only the league is currently playing in Italy, but the school is also in the beginning of the school season. However, the newly-increased number of confirmed diagnoses has made various government departments more reservations about various public activities. The Conte government recently signed According to the new law, various public leisure places in Italy will be closed after 10 or 11 in the evening. Under these conditions, Serie A clubs travel back and forth and compete with other teams. There is indeed the possibility of conflict with the laws. For example, the current epidemic prevention regulations in Campania are the most stringent in Italy. The other point is the Italian Minister of Health Speranza and the Minister of Sports Spadafra. The two have not been positive about the Serie A rematch and the new season. The former has also expressed dissatisfaction with all walks of life who always want to promote the recovery of football. . Although Naples did not appear in the game yesterday, whether it will really be punished depends on the conclusion of the fight after the parties. But one thing is certain, with the second rebound of the epidemic, similar storms and disputes may continue to occur next. 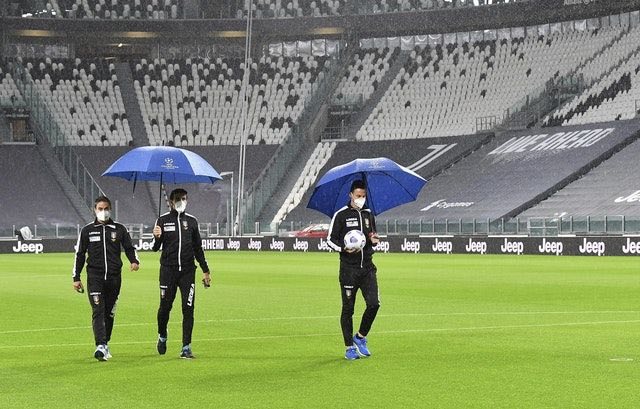