Real Madrid player Erdgau was selected for the new Norwegian squad. In an interview with the Norwegian media, he told about the experience and feelings of returning to Real Madrid. 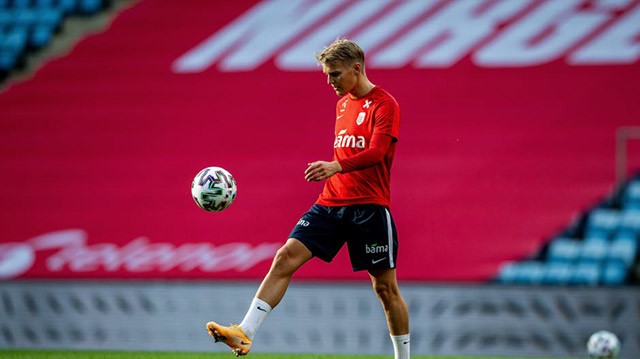 At first I expected to stay in the Royal Sociedad for two years, but I received a call from Real Madrid saying that they wanted me to go back (in advance), so it was a natural thing and it was finalized soon, not a dramatic event, no What discussion, I have always had the goal and dream of playing there.

I talked to him, he and the club wanted me, and that was the result.

There was no heated discussion. They made it clear that they wanted me to go back. I have always made this goal and dream. They had this willingness, so we did.

Regarding my position, we don’t actually have much discussion. I can play multiple roles. I can play a position other than midfielder or No. 10. When I was a double forward, I played that position. I can also adapt to different formations. I can play any position Zidane wants me to play. As long as I have a chance, it doesn't matter where I am.

I was a little stressed at the time, and I thought about the next game and the national team. Everything happened overnight, but fortunately it was a false alarm.

I never worry about the future. I have more frustrations at the end of the season because I feel I can't do my best and haven't reached the level I want. Although frustrated, I have never been afraid of long-term development.