This morning, the 2020 National Swimming Championships and Tokyo Olympics Qualifying Tournament held in Qingdao continued. Among them, Jiangsu star Zhang Yufei won the 100-meter butterfly championship with a time of 56.29. In the women’s 200-meter freestyle final, Yang Junxuan took 1 minute and 56 seconds. 52 won the championship, and Yang Junxuan also ranked first in the preliminaries with Olympic A target results. In the men's 100m freestyle final, Hou Yujie won the championship with 48.86 seconds. Another famous player Wang Shun finished fifth with 49.47 seconds! Zhang Ke won the final in the women's 800m final in 8 minutes and 29.92 seconds. 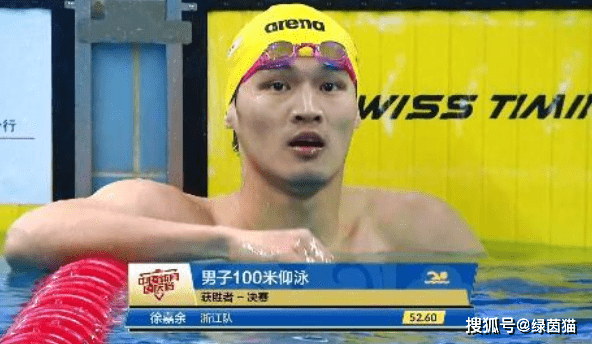 Xu Jiayu's "turtle turtle", who has a high degree of attention, has also gained. He won the championship of 100 meters with a time of 52.60. Congratulations to Xu Jiayu. What needs to be said is that Xu Jiayu's performance is not his best. Xu Jiayu's score in the preliminaries was 52.37. Because it was in the morning, his physical and competitive state was not at its best. At the same time, Xu Jiayu's physical examination was not problematic, and he was not as troubled as Fu Yuanhui and others. 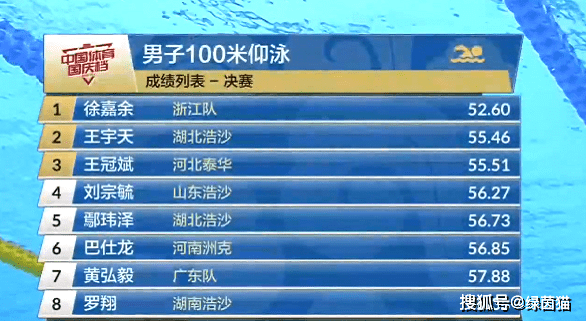 Previously, Xu Jiayu also won the men’s 200-meter backstroke. In recent years, Xu Jiayu’s performance has been rapidly improved, and honors are also coming. With teammate Sun Yang being suspended, Xu Jiayu is also considered to be the domestic swimming pool in the era of Sun Yang. A representative athlete, he has outstanding results, good looks, and is still very young. He is just 25 years old this year and is at his peak. 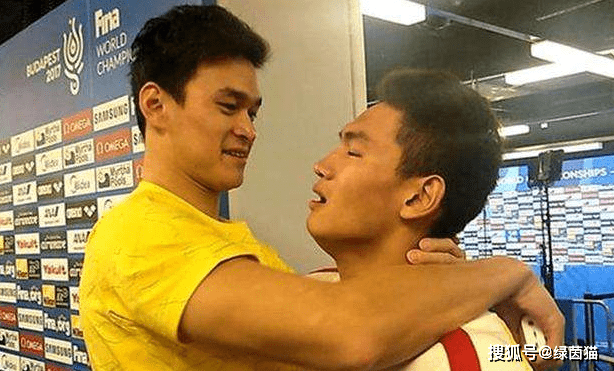